Light off at Marina Bay marks the start of Earth Hour 2014. But is all the effort worth it? 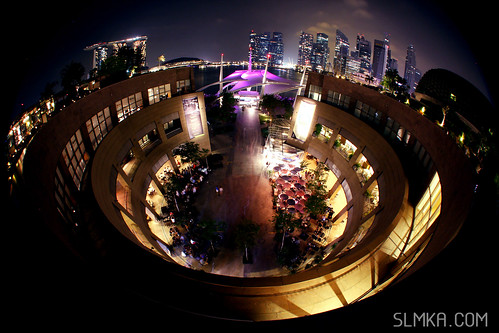 I am not anti-environmentalist, or anti Earth Hour, sending the message to keep our environment healthly is good but personally I feel Earth Hour is not spreading the message out properly, may be it is a time to review the purpose of Earth Hour. I strongly believes Earth Hour does not need these big concerts and celebrations to spread the message. In fact, it seems Singapore have one of the largest "celebrations" around. Some may say the large crowd are partly from iLight Marina. But Earth Hour could do better, without all these big "ho-has" (aka big shows). The resources need during for Earth Hour just do not justify from my personal viewpoint.

Below are some photos I took on 2014 Earth Hour, Singapore to explain why I feel this way. 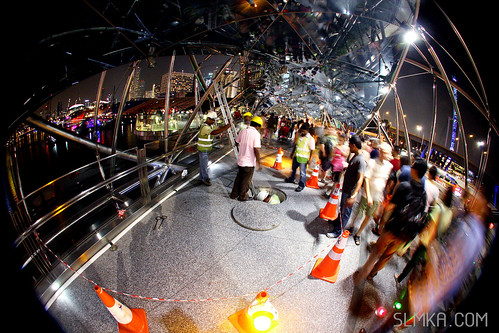 1st look like some urgent maintenance work on the Helix bridge on a crowded evening, but actually the engineers and workers have to manually make the flip switch on and switch off for the Helix Bridge LED lights before and after Earth Hour. Imagine the additional resources required on all the other buildings, this include transport for the workers, additional air-con in their offices (commercial building air-con usually will cool down the entire floor). All these just for one hour of "lights off". Imagine if each building takes an additional 5 engineer to switch on and off. This would count it a huge amount of resources. 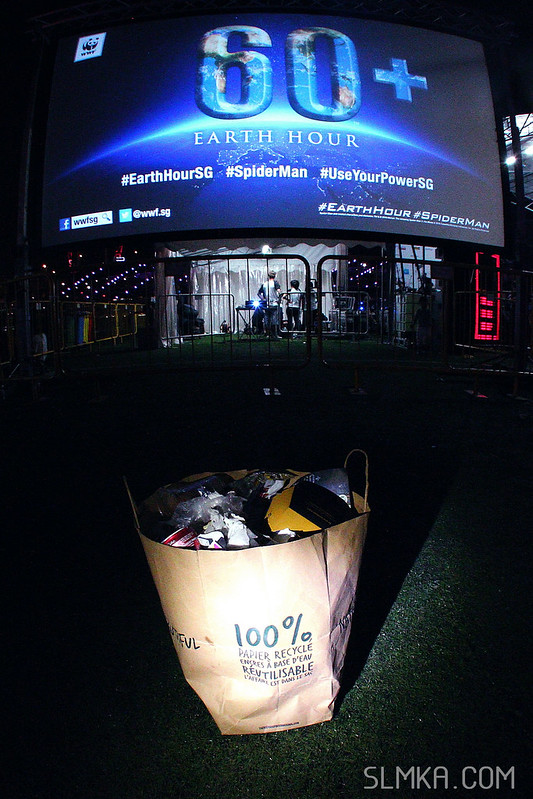 I found this bag of trash near the volunteers tentage. The recycle bin is just less than 20m away. The volunteers may be too busy to filter their trash into the recycle bins. Earth Hour also "recruits" lots of students for their support in the event. Students were transported over by various coaches, and some were also issued with staff passes, packet food, drinks and T-shirts. Setting up of the stage, transport of crews are also additional carbon footprint incurred in the progress. 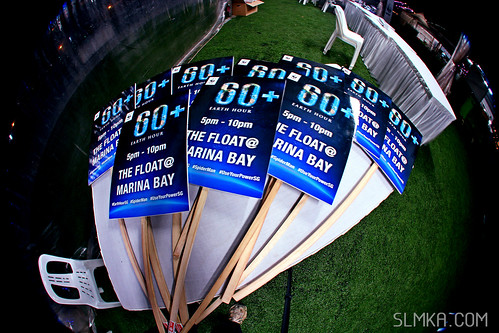 Earth Hour signboards were found left aside. I am uncertain are they going to be recycled for other purposes. But the wooden poles are all fresh from Diaso. Why not be recycle materials could be used? This goes the same for buildings supporting with Earth Hour poster...Will those posters be ending up in the trash bin after the event? 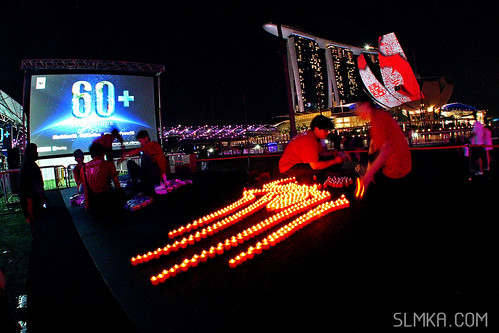 The giant LED display which makes up the "60+" and Spiderman logo. Staff are packing them up to be re-use for other events. But these LED lights uses cell batteries, at least 2 per candle is required and these batteries are likely to be thrown away, or worst, the entire candle. 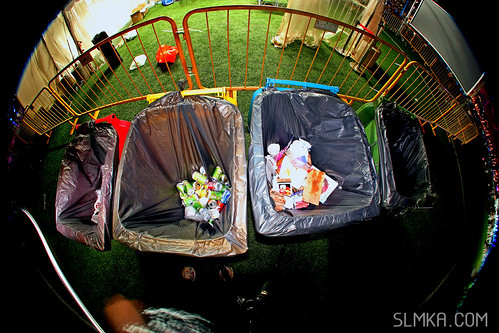 There were 3 sets of recycle bins found on the floating platform where Earth Hour concert was hosted. They were placed at locations which visitors are unlikely to spot them. You can see the low utilization of the bins in the following bins. 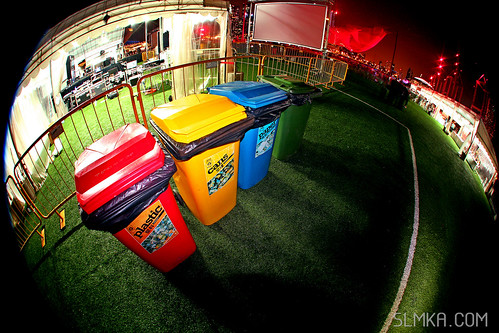 The same recycle bins as previous shoot. Notice how close it was to the volunteers tentage. (on the right side) 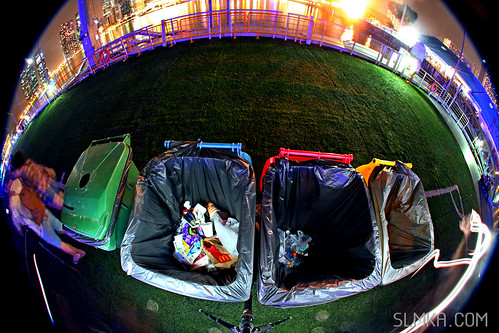 The second set of bins were found at the platform exit towards Esplanade. 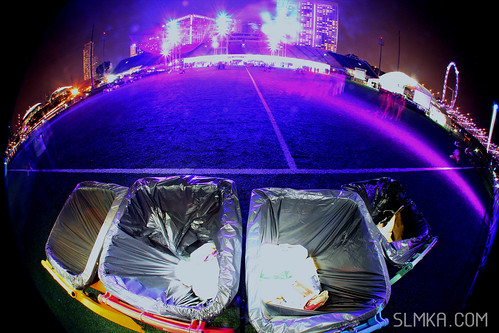 The last set of bins, at the edge of the floating platform. 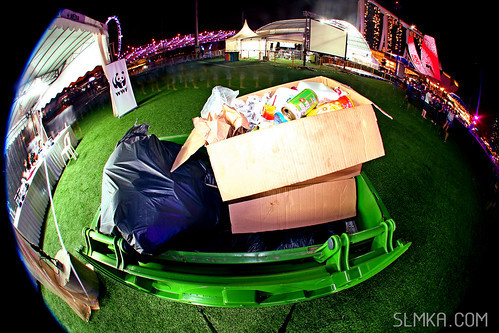 While all the recycle bins were low utilization, normal bins are filled with trash. 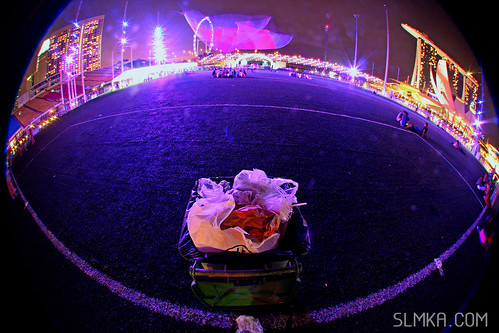 This bin was located at the end of the stage, definitely the further then the recycle bins at the Esplanade direction exit, but it is full.


On my own opinions, there is much more can be done for Earth Hour, placing more recycle bins. Educate their volunteers and visitors, or get volunteers to help out participants with the rubbish.

Earth Hour could also demo how the event could be more environmental friendly, what was happening in the background. How event materials were recycled from other purposes, or how they were recycled for the Earth Hour event.

Everything I see during Earth Hour Singapore this year are only wastage...I sincerely hope Earth Hour 2015 would be a more Earth friendly event rather than just a show off.

Note: Please feel free to correct me if my statements are wrong. Your feedback may help to improve Earth Hour become a Earth friendlier event.